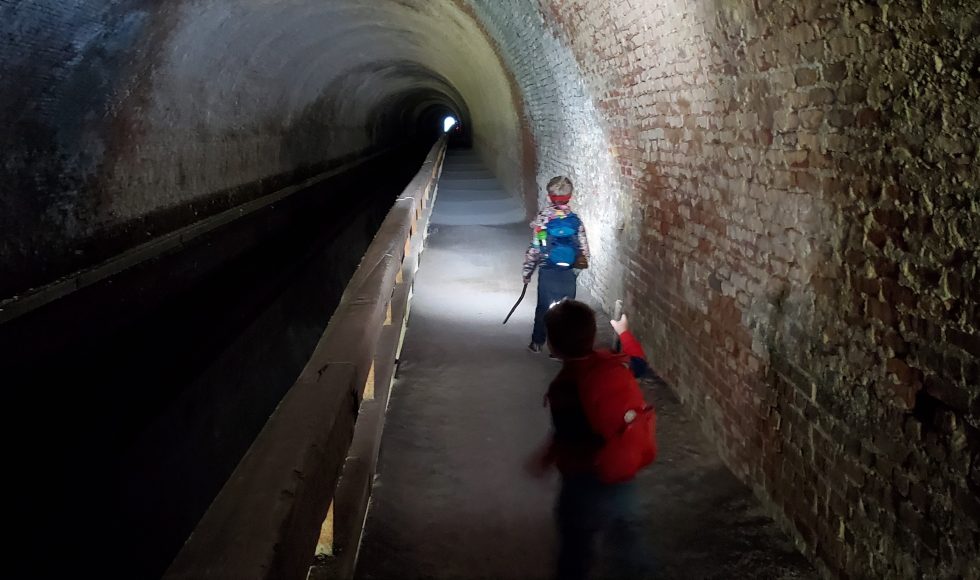 We got on the road around 11am, which was a little later than originally planned. I was a bit out of sorts, as I wasn’t used to packing up the Ascent. Seems I forgot a few things, such as skewers, carrots, and some other odds and ends (bags of ice for instance).

The start of the trip was relatively quiet and after picking up ice, we also stopped in at McDonald’s for lunch. I was hoping to pick up lunch from somewhere else, even tried to make it to a Sonic, but after circling around that Sonic a couple of times, gave up and went for the easier meal to help not delay the drive any further. It’s always interesting to see how restaurants manage stuff during Covid, and they had someone serving the fountain drinks to you. Was also unusual to receive a Jurassic World toy, as that movie hasn’t been around for a while.

Route 9 in West Virginia is a very nice road. While on this road, weaving my way through the mountains, I was definitely wishing I was on the motorcycle.

Upon arrival, the parking lot was pretty full, which was a concern. Though the actual camp sites were still pretty empty. We lucked out and were able to move the Ascent when a good parking spot freed up so that we wouldn’t be lugging supplies further than we had to. It would be nice if the closest spots were reserved for campers, as a lot of the cars were for hikers and bicyclists using the trail. The campground itself is an open field bounded by trees on three sides and the parking lot on the fourth. There is a wide field in the middle, with five campsites on either side and the Section House opposite the parking lot. Bordering the campsites were a line of trees, further past those was either the C&O Canal Trail or the Potomac River. The campground has a couple of access points to the trail and a nice trail down to the river, which one can only assume was how they received supplies at some point.

Didn’t see any firewood for sale on the way in, and with no service, wasn’t able to find the nearest ranger station or any other locations for it. We did see some others that had bundles, but not sure where they may have brought them in from. So we ended up searching for wood ourselves. I typically am wary of this at busy campsites, assuming that most deadfall would be already found by other campers. There was plenty around though, maybe it was due to the small camp size and the types of campers. Searching for firewood also allowed us to take in the area before we really started to settle in, including seeing a preview of the river. The boys also enjoyed a closer look at the Section House, which was apparently used by the Superintendent during the Paw Paw Tunnel construction.

After we were set up and had built a decent pile of firewood, we decided to take in a little fishing. Adjacent to the access trail, there looks to be what was once a pier. It’s just rebar and concrete and the water wasn’t very deep at this location, so after getting snagged a few times, we decided to move down river a bit in search for deeper water. We had been fishing a few times this year with little luck, but this time we caught what appears to be Pumpkinseed fish. Fishing with little guys can be tough, and after cutting a few lines and losing lures and hooks, we decided to call it a day. We were also riding high on our first fish, even if it was small.

We started up the fire and started cooking dinner. I was ready to change it up this round, however per popular request, dinner was going to be Meatball Sliders again. We supplemented this with some beef jerky, apple sauce, and of course some Jiffy Pop popcorn. It was nice to be this far out in the woods, as we had a clear night with plenty of stars for viewing. The boys enjoyed tending the fire, kicking the soccer ball around, and playing with glow sticks. The cold was already creeping in by the time it was bedtime and the ground and tent were damp. It was really cold throughout the night, and everyone stayed bundled and tight together. When we woke up, there was a sheet of ice on the cooler and picnic table and speaking with some neighbors, they noted it had apparently gotten down to 32 degrees that night.

It was warming up quickly in the morning, which meant everything was wet. So the boys ended up sitting in the Ascent for a while to warm up and thaw/dry their wet feet while I started packing up everything. I tried to dry everything as best as I could, even thought about leaving some of it out. But was worried about check out and figured I’ll just have to manage and let it dry out at home.

After everything was packed up, it was time to see the Paw Paw Tunnel. This was the main reason for the trip. The boys struggled to get moving, and Eli seemed to have a bit of a stomach ache, but we pushed on. Not far into the start of the walk, we ran into my friend Shannon who I hadn’t seen since college. So we stopped to catch up for a bit, made awkward by the pandemic. She also shared a Paw Paw for the boys to sample. We pressed on after the brief stop, and the boys were getting more excited as they now knew we were going to see a tunnel (I had kept this a surprise). The boys loved the tunnel and enjoyed having their headlamps on and exploring in the dark. They were abuzz with excitement and all earlier complaints had fallen to the wayside. We made it out and continued on the boardwalk for a little bit till we saw the connection for the ridge trail. The note mentioned that it was steep and strenuous, so while it would have been nice to check the views and not doubleback, I decided it was probably a safer bet to do so anyway.

Once back through the tunnel again, we stopped for lunch. We had some Hawaiian rolls with RX Nut Butter and Honeycrisp apples. I had picked up the RX Nut Butter, as for some reason I thought it was going to be a bar. So my first sampling of it was a surprise to me to realize it was literally just peanut butter. It seemed to be a nice little picnic and the boys enjoyed jumping around and watching others hike into the tunnel. We got back on the trail and decided to head home. The drive back was also pretty quiet and they took turns sleeping on the way.

We ran into a Boy Scout troop from Fairfax who had biked from Hancock to the tunnel. As we were leaving, we saw a Cub Scout troop about to start a hike. Seems to be a popular spot for Scouts.